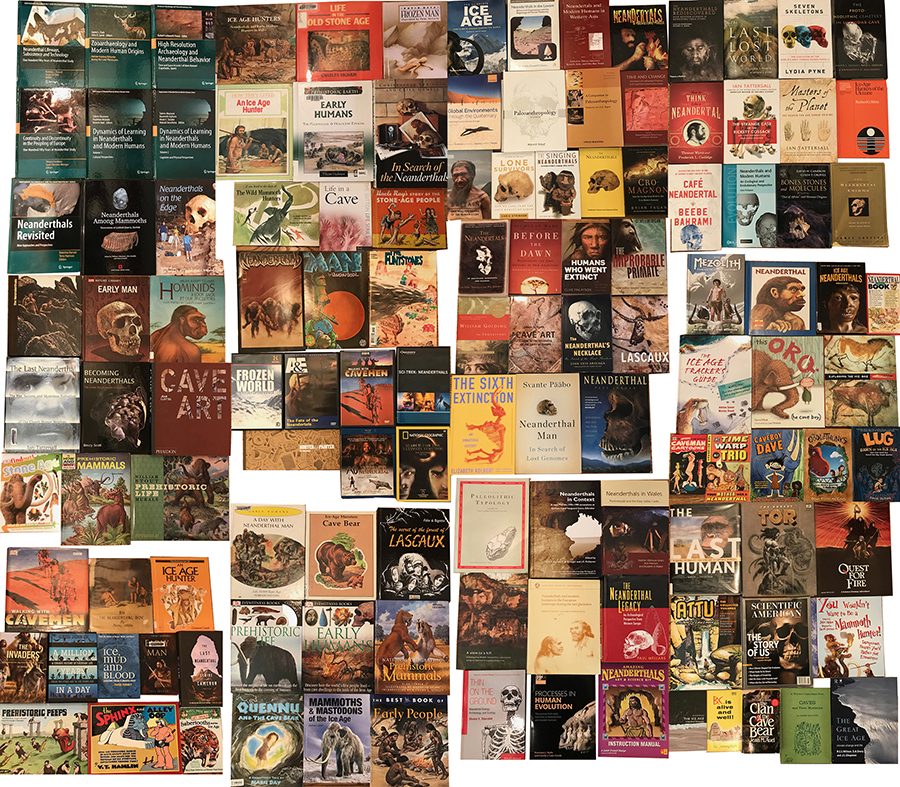 Here's just about every book I read the last few years while working on my Lucy & Andy Neanderthal series.
Posted by Jeffrey Brown at 5:08 PM 1 comment: 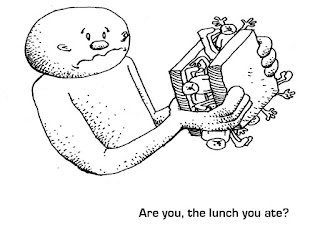 Way back in 1991, I had my first paying illustration job - images for a book by the father of one of my high school classmates. The book is unavailable (though you can see Mr. Murray's current work online at the Digital Couch) and the original art is lost, but after school visits in my home state of Michigan this week, I finally have a PDF of the book with my drawings! I'd pretty much forgotten what they were like. Here are a couple of my favorites, which are pretty typical of how I drew in high school. 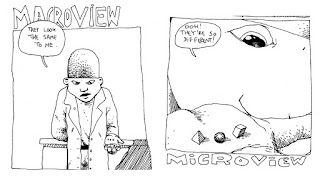 I'm deep into working on the final art for Lucy & Andy Neanderthal book 3, but found time to contribute to the From A Certain Point Of View Star Wars anthology.
Head over to starwars.com to get a complete step-by-step look into the process behind making the piece!
*UPDATE*
And this just in, I was interviewed over at the Threadless blog for their podcast, which focuses on process and creativity. So you can listen to that, too!
Posted by Jeffrey Brown at 11:23 AM 1 comment: 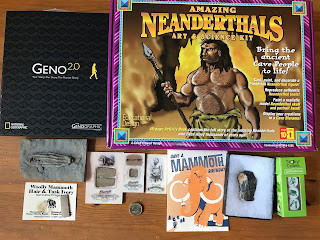 Here's a few bits of research and inspiration for my Lucy & Andy Neanderthal series. The Geno 2.0 box is from National Geographic's Genographic project, which I used to learn that I have 2.2% Neanderthal DNA. The Neanderthals Art & Science Kit included a skeleton (which I assembled and set on the bookshelf in my studio office) and a plaster mold to cast a Neanderthal face (which is still in the box). There's a fossil of an echinoderm - which is a plant - but I like to think of it as some kind of strange, alien being. I got the souvenir woolly mammoth tusk and hair set, but also have a woolly mammoth card (with an actual piece of  mammoth tusk) from Upper Deck's Champs Hockey Cards. From the same set I got the Neanderthal base card and a Neanderthal flint stone knife artifact. From Gibraltar, a one pound coin that commemorated the discovery of Neanderthal bones. A birthday card I got last year, and the prehistoric themed story cubes. And of course, an actual stone knife found in France (not by me) from circa 25,000-30,000 years ago. At that age it may have been used by early humans and not Neanderthals, but still makes for a great connection to the past.
Posted by Jeffrey Brown at 10:57 AM 4 comments:

Wake Up And Draw Day 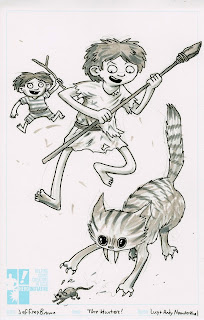 To celebrate Jack Kirby's birthday, the Hero Initiative has artists draw today and then will auction the artwork off later. I drew Andy from my Lucy & Andy Neanderthal series, since book two - The Stone Cold Age - comes out tomorrow. And if you're in Chicago, you can come to the official release party at the Book Cellar tomorrow night (Tuesday August 29, at 6PM).
*UPDATE* My piece is up for auction to benefit Hero Initiative now!
Posted by Jeffrey Brown at 8:12 AM No comments:

Email ThisBlogThis!Share to TwitterShare to FacebookShare to Pinterest
Labels: WakeUpAndDraw 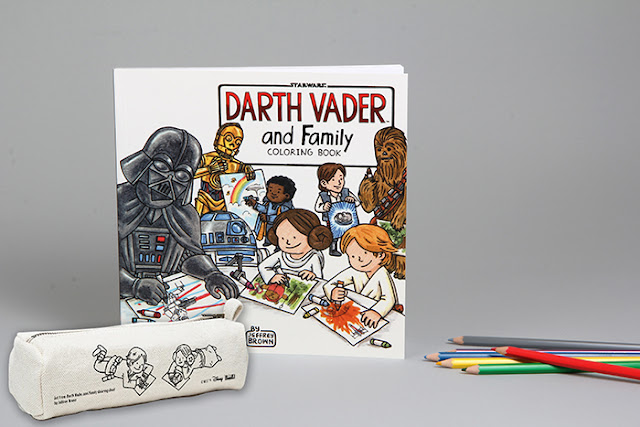 The Darth Vader and Family Coloring Book is available for pre-order now from Chronicle Books - and if you're quick you can get the limited edition pencil case with it. The book will be out March 28. Now it's back to drawing Neanderthals for me!
Posted by Jeffrey Brown at 5:02 PM 3 comments: